FEATURED Latest Local News News
April 29, 2019April 29, 2019 General News 0 Comments Anzac Day, Kyneton Airtfield, Mount Macedon
Anzac Day is an early start for many people, including members of the Kyneton Aero Club who for the past eight years have been a part of Anzac Day services at Mount Macedon and Kyneton.
Performing these Anzac Day flyovers are a precision task requiring special approval by the air safety regulator CASA, coordination with air traffic controllers at Melbourne Airport and a close eye on the clock so that the flypast occurs at the right place in the service rundown.
Against the night sky, the darkness of Kyneton airfield was broken with the glow of the runway lights and the sounds of the aircraft being pulled from their hangars.
Shortly after 5.30am, Aero Club president Warren Canning led the pilot briefing stepping through each of the steps needed to make sure the three aircraft formation is over the top of Mount Macedon at exactly 6.51am.
A Russian-built ‘Yak’ warbird would lead the formation with ex-RAAF CT-4s in the wing positions on each side.
With the temperature hovering around 4 degrees, the huge radial engine of the Yak took 25 minutes to warm up before Warren could head out onto the runway followed by Ben Thompson and Steve Guilmartin in the CT-4s.
The three aircraft took to the air from runway 18 turning sharply to the west to minimise any early morning noise before coming into the formation over the Lauriston Reservoir.
At 6.48am, the start of the three-minute run towards Mount Macedon, pilot Ben Thompson who is usually at the controls of a Virgin Australia jet notified the air traffic controllers that they were inbound to towards the Melbourne terminal airspace on the edge of Mount Macedon.
The three aircraft moved into a tight triangle and holding steady at 800 feet above the ground, passing directly over the top of the Mount Macedon Memorial Cross at 6.51am before turning and performing a return pass marking the end of the dawn service.
Back on the ground at Kyneton, it was a quick refuel and another pilot briefing before the three pilots again took to the air performing another flypast over Kyneton RSL’s service in the centre of the town.
With the band playing the national anthem, the formation crossed above the town centre with the two CT-4s breaking from the formation in a 45-degree roll.
Words and photos: Brian Wilson, ietsystems.com.au 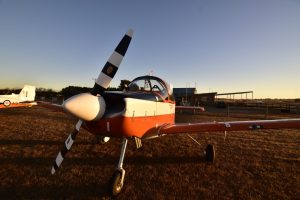 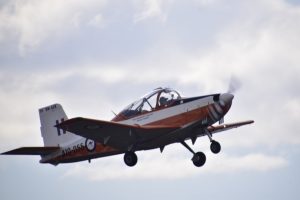 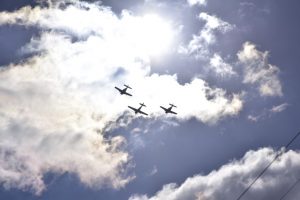 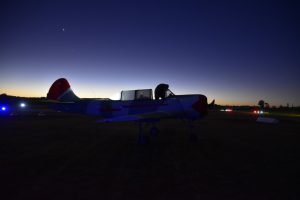 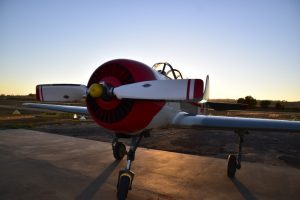 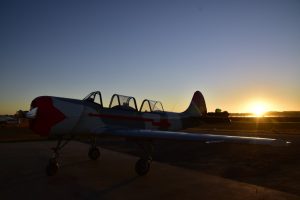 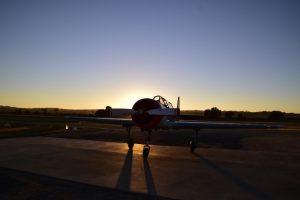 Dancing a jig with dad