Kyneton trainer George Osborne was full of praise for apprentice Tayla Childs after she landed her first career win aboard his stable star Happy Reine on Friday at Bendigo.
“It’s all about Tayla today,” Osborne said, predicting the 24-year-old would certainly make her mark in the sport, where her father Greg was a long-time champion rider and her twin brother Jordan is well entrenched as a top jockey.
Reine Happy led virtually all the way in the 1300m Benchmark 64 RMBL Investments Rising Stars Handicap to notch up his 12th win from 57 starts, and carry earnings to $214,465.
Not a bad return for a galloper Osborne purchased for $8000 at the Adelaide yearling sales in 2013.
The eight-year-old is racing in ultra-consistent form, and Osborne said “Happy” was an ideal horse for young riders. He is also something of a track specialist at Bendigo.
Reine Happy likes to lead in his races, and Tayla Childs had ridden him into second place at Donald at his previous start on July 13.
Claiming 4kg meant Reine Happy carried 59.5kg on Friday. It was Childs’ 13th race ride and she made every post a winner, kicking clear in the straight and holding off fast-finishing favourite Jake’s Folly.
“It was fantastic and I’m very happy for her,” Osborne said.
Tayla has been riding horses from a very young age, and knew all about racing as her father, who came from New Zealand, rode for 31 years across six different countries (mainly in Australia) and notched up over 2100 winners.
He won two Cox Plates on the mighty mare Sunline, two Caulfield Cups, nine Oaks and six Derbys, with 72 Group 1 victories overall.
Tayla was at university studying for a teaching degree in 2015. She had considered becoming a jockey but recognised it would be tough to break into a largely male-dominated sport.
Then Michelle Payne rode 100/1 chance Prince of Penzance to victory in the 2015 Melbourne Cup, and Tayla became inspired by this feat to give race riding a fair dinkum go.
It has not been easy, with a shattered kneecap in a trackwork fall putting her out of the saddle for eight months. Back and leg injuries were sustained in another mishap on her return.
Perseverance paid off, and after apprentices’ school where riders must ride in at least 20 trials before stewards, Tayla joined John Moloney’s stable earlier this year and finished second at her first race ride.
Tayla hopes to get plenty of rides during the winter as a claiming apprentice, and described her breakthrough win on Reine Happy as “awesome”. 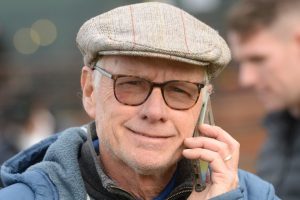